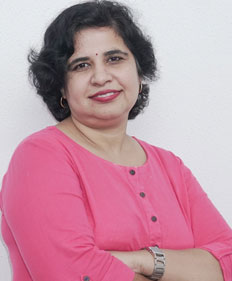 Got two rounds of Revise and Resubmit in Academy of Management Review (AMR) for 'MULTILEVEL PARADOXES IN STATE-OWNED ENTERPRISES' coauthored with Prof S. Ray and Prof. P. Aulakh after which it was rejected. However, we have resubmitted it to another top tier journal of repute

An Exploration of Multi-Level Paradoxes in State-Owned Enterprises' coauthored with Ray S. and Aulakh P.S. published and accepted for presentation at the 2010 Academy of Management Meeting, August 6-10, in Montreal, Canada.

SOEs: Competing in a globalized and liberalized world' coauthored with Ray S., published and accepted for presentation at Academy of International Business Conference 2010, June 25-29 at Rio de Janerio, Brazil

An exploration of SOEs from the emerging economies' coauthored with Ray S., published and accepted for presentation at Academy of International Business Conference 2010, June 25-29 at Rio de Janerio, Brazil

Effect of Complexity on Strategic Decision Making Process: A Quasi-Experimental Study' coauthored with Ray S. and Hazra A. published and accepted for presentation at the 2010 Academy of Management Meeting, August 6-10, at Montreal, Canada.

Founding Context and performance Evolution: A Longitudinal Study of emerging economy Firms' coauthored with Mukherjee I. and Ray S. published and accepted for presentation at the Academy of Management Meeting 2009, August 7-11, in Chicago, Illinois

Multilevel Paradoxes in State-Owned Enterprises in Emerging Economies' coauthored with Ray S. and Aulakh P.S. published and accepted for presentation at the 2011 Journal of Management Alternative Meeting, October 22-23, in Hong Kong, China.

Recipient of the Doctoral Research Award for 2009-2010 by the Department of Foreign Affairs, Canada, through the Shastri Indo-Canadian Institute to fund travel and stay for six months towards doctoral research at Schulich Business School, York University, Toronto, Canada

Name on the Roll of Honor of the Institute (MIT-Muzaffarpur) for Academic Excellence: University Topper in Mechanical Engineering

Social Development Projects at IIMK: Coordinator at IIMK Kozhikode and Kochi Campuses for over 2 years. Professors and students of management schools predominantly work with commercial organizations, while organizations working for creation of social value operate from a social benefit perspective. The latter are often unable to manage strategic and managerial challenges to ensure sustainability and scalability of their efforts. A partnership that Social Development Projects, a mandatory project course at IIMK, provides is that it creates a win-win situation for both. While professors and students get an opportunity to advance their learning and research, these organizations benefit as their delivery mechanisms and end results improve with infusion of management thinking.

Research on Court and Case Management: Reseach on Judicial Reforms

State Owned Enterprises in the New World Order: Huge institutional transitions across the globe in national economic policies, as well as of SOEs- internal functioning and associated value systems, social and cultural beliefs, and operating logics has thrown in new problems and challenges for SOEs. My research interest is in diagnosing challenges and looking for possibilities for managing or transcending them.

Judicial Reforms- Adoption of principles of Management into Judiciary: There has been a rise in a normative discourse in the government, the masses and the judiciary about the need to bring in learning from other systems like those from the field of management studies into the judicial systems. However, what seems to be missing is an overall understanding of the theoretical foundations of what to import and how and under what conditions would such an import impact the judiciary for better or worse. My research interst is in helping the field of judiciary to bring about tenable judicial reforms