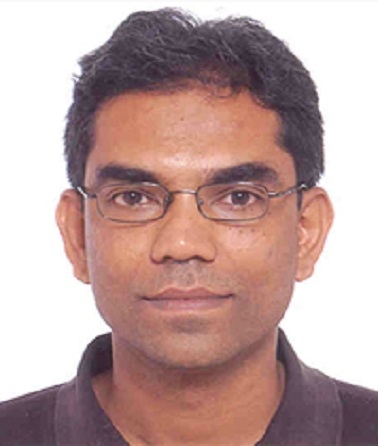 Research Fellow at the Department of Centre for Cultural Policy Research (CCPR), University of Glasgow, Scotland, UK from May 6th, to June 6th, 2009.

Resource Person for the South Asia Federation of Human Rights (SAFHR) between July/August, 2003 and May 2004 at Kathmandu, Nepal.

Resource Person in the South Asian Regional Conference on the "Role of Civil Society in the prevention of Armed Conflict in South Asia organized by RCSS, Colombo, Sri Lanka with UNDP at Kathmandu, Nepal in September, 2004.

The City, the Veil and Many Women', Paper presented at the 'Cities, Connectivity and Creativity' Conference held at the Kadir Has University at Istanbul, Turkey between 13-17th July, 2011.

'Media and Imperialism'; Paper presented at the International Conference on Media Divides held at Stockholm University, Sweden between 19th July and 25th July, 2008.

Race and Advertising: An Overview'; paper presented at the UGC-SAP National seminar on Visual Culture held the Hyderabad Central University (HCU) between March 27-30, 2008

'Globalisation, Media, Internet and Human Disasters' paper presented at the CRG workshop on forced Displacement held in Kolkata on 12th December, 2007; organised by the CRG, UNHCR and the Brookings Institution

A Review of Perspectives in Development Communication: A Case for Ideology'; paper presented at the 50th Anniversary Conference of IAMCR held in Paris, France between 23rd and 25th July, 2007 (Jointly coordinated by UNESCO and the Sorbonne University).

Human Rights, Kashmir, and the Indian media: the case of subsumed history', paper presented at the 14th AMIC Annual conference on Media and Society in Asia held at the Communication University of China (CUC) in Beijing, China between 18th and 21st July, 2005.

Constructing Political Narratives through Photography' at the A. R. Sen Memorial Seminar Series organized by Katha-Xavier?s Centre for Translation at Ahmedabad on September 25th, 2004

Minorities, Human Rights and the Indian Media', Paper presented at the workshop on Minority representation held at Kathmandu, 14th to 17th April, 2004, WACC

Globalisation and Communalism' Paper presented at the National Dialogue towards culture and Harmony organised by the Government of Karnataka and RBG, Udupi, December 28-29, 2002

Some notes on the Political Economy of Globalisation' Paper presented at the UGC National seminar on Liberalisation: Its Impact on State and Society in India held at the Department of Political Science, Osmania University, Hyderabad, March 26th and 27th, 2002.

The Indian State and the Question of human rights' Paper Presented at the UGC National Seminar held at the University of Mysore, Feb 20-21st, 2002.

'The Kerala Model and Adoor's Films', Paper Presented in a seminar on Film and Politics organised by the Department of Politics, University of Madras, March 27 and 28th, 2001.

'Politics of the Image' Lecture delivered at the Film Appreciation Course (FA) organised by the National Film Archive of India (NFAI), Pune on 22nd May, 2006.

Has delivered a lecture on Communication Curriculum at the AJK Mass Communication Research Centre Workshop on Research and Evaluation Syllabus held at Jamia Millia Islamia University between 9th and 10th March, 2006, New Delhi.

'Political Economy of Globalisation' lecture delivered at the National seminar titled ?Indian Crafts: Future in a Globalising World? at the National Institute of Design (NID), Ahmedabad on 26th November, 2005.

Faculty member at the Second Annual Winter Course on Racism, Immigration, Xenophobia and Forced migration conducted by the Calcutta Research Group (CRG) and sponsored by the UNHCR, New Delhi and the Brookings Institution, Washington between December 10-15, 2004. Served as a Resource person for the media module.

Has been part of the Programme/ Curriculum finalization of the PhD Programme at the Centre for Media Research at Jawaharlal Nehru University (JNU) on March 24th, 2011, New Delhi

Advisory Board Member on the Global Media Journal, Calcutta since January, 2010.

Has been part of the Course Committee meeting for the MA programme in Mass Communications at the Indira Gandhi National Open University (IGNOU) on March 15, 2008.

Workshop resource person for Diksha, an organisation working for children of Sex Workers in Calcutta between July 7th to 13th, 2004.

Some Essays on Postmodernism, Globalisation and the Media, 2008, MICA Publications, Ahmedabad

Back to Marx? Some Philosophical Reflections, in Eastern Anthropologist, Vol. 63, No. 2, 2010

The Question of Art and Cinema: Some Material and Philosophical Perspectives' in Media Asia, Vol. 37, No. 3; Singapore, 2010.

The Case of Development Communication: Perspectives, Issues and Trends', in Palabra Clave, Vol. 13, No.1, 2010, Bogota, Colombia.

Human Rights: Some Thoughts and Perspectives', in Indian Journal of Human Rights and Social Justice, Vol. 4, No 1-2, 2009, Jan-Dec.

Some Narratives on Kashmir and the Indian Media' in Journal of the Indian Anthropological Society, Vol. 41, No 3, 2007

Minorities, Human Rights and the Indian Media' in the Indian Journal of Secularism, Vol. 8, No. 3, October -December

The ‘Economics of Globalisation', in Journal of the Indian Anthropological Society, Vol. 39, No. 1, March 2004.

Media, Messages and the Campaign', (With Chanchal Shaktawat), in the Journal of Communication Studies, Vol. 2, No. 3, July-September 2003.

Culture and Communication: A theoretical Framework' in Eastern Anthropologist, Vol. 54, No 3-4, July - Dec 2001

Sabarimala: Symbol of Inclusive Syncretism (with J.J. Roy Burman) in the Indian Journal of Secularism, Vol. 4, No 4, January - March 2001.

Associate, on the Report of the Slum Demolitions at the Sanjay Gandhi National Park and Govandi, Mumbai, April 2000.

Associate for the Report titled 'Death in the Valley' on the situation in Kashmir. Published by LSHS and CPDR, 1995.

Associate for the Report on India’s role in the formulation and implementation the UN Social Mandates. Published by the Tata Institute of Social Sciences, 1994.

Political Economy and the Media - Marxist approach to the nature and effects of media , Working Paper, 2013